Sadly last month, we learned that Border Partners will no longer be able to use the old building that we renovated to serve as our Sports Center for the last five years. It had soccer, basketball and volleyball courts and a children’s playground.

Not one to be discouraged for too long, Peter Edmunds, began to think of ways to enhance the existing sports facilities in Palomas. Since 2015, when the Sports Center opened, various facilities have been added and/or improved. Peter went on a drive through town to visit some of these and think about how Border Partners could enhance them. Here are some of his ideas. 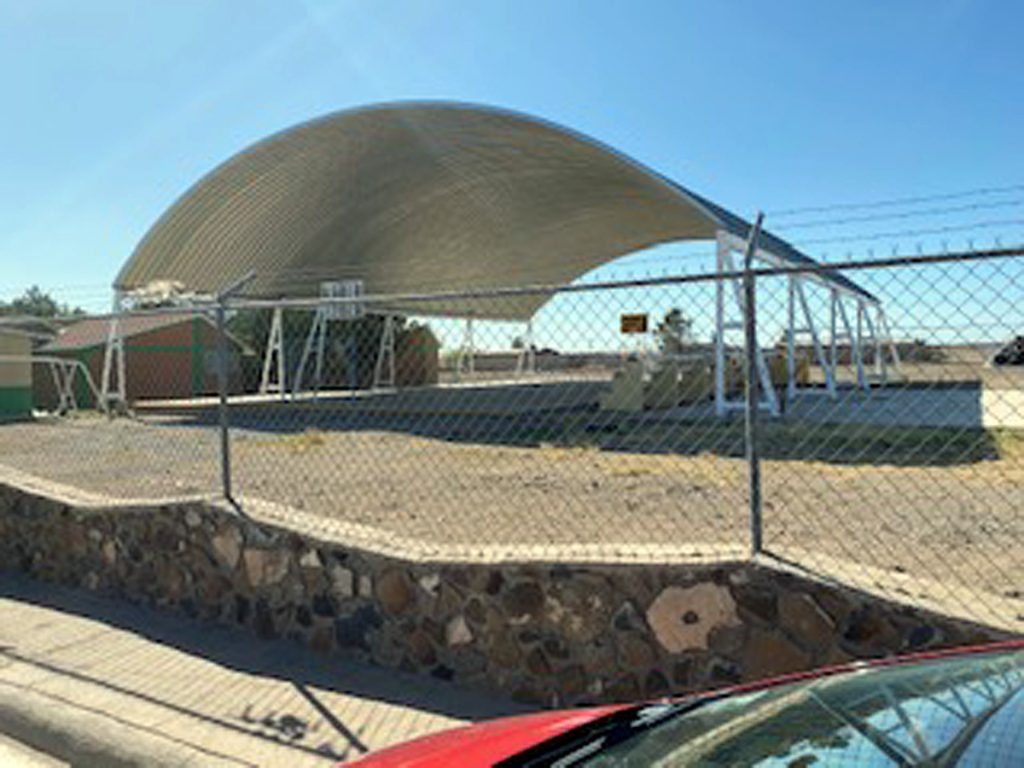 There is a new shade/shelter at Ford Elementary School. To use this sports/play area outside school hours we would have to build fences and gates to isolate the school buildings like we did at the Ramon Espinoza Elementary School. This is a desirable site to improve because it would be the only play/sports facility on the far west side of Palomas. The school in the past has expressed interest in having us build a stage and a soccer field on their property. 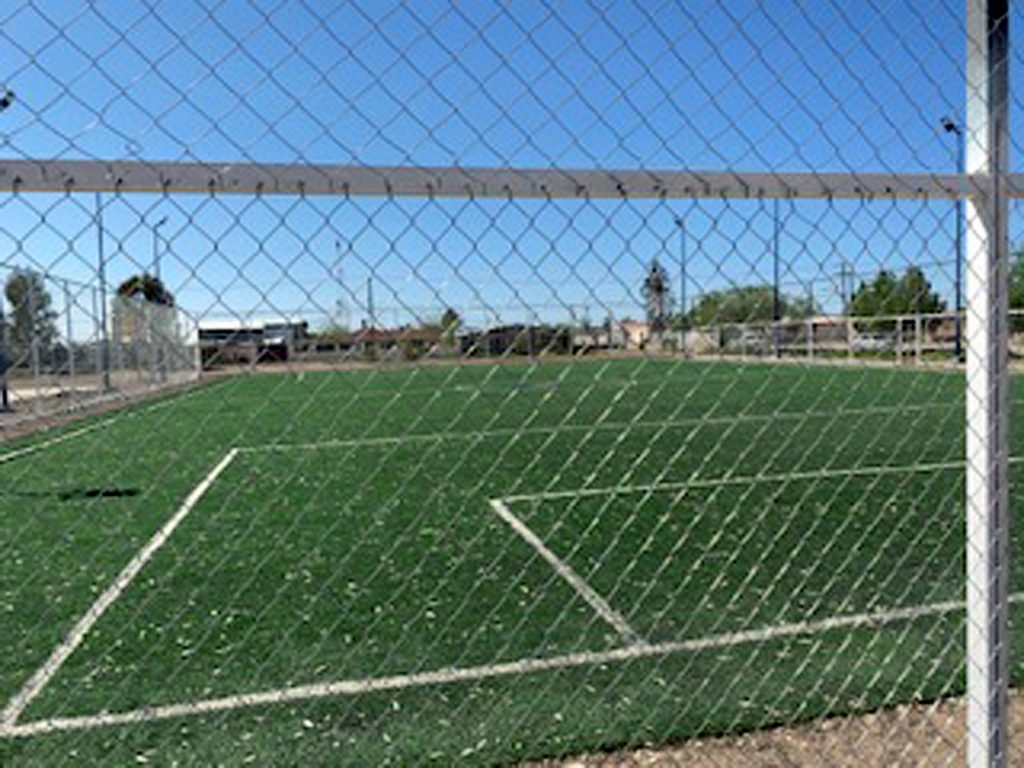 This is the high school’s brand new soccer court. It only lacks goals that may be stored elsewhere. It could use some spectator seating. Maybe we could use this when school players are not there? 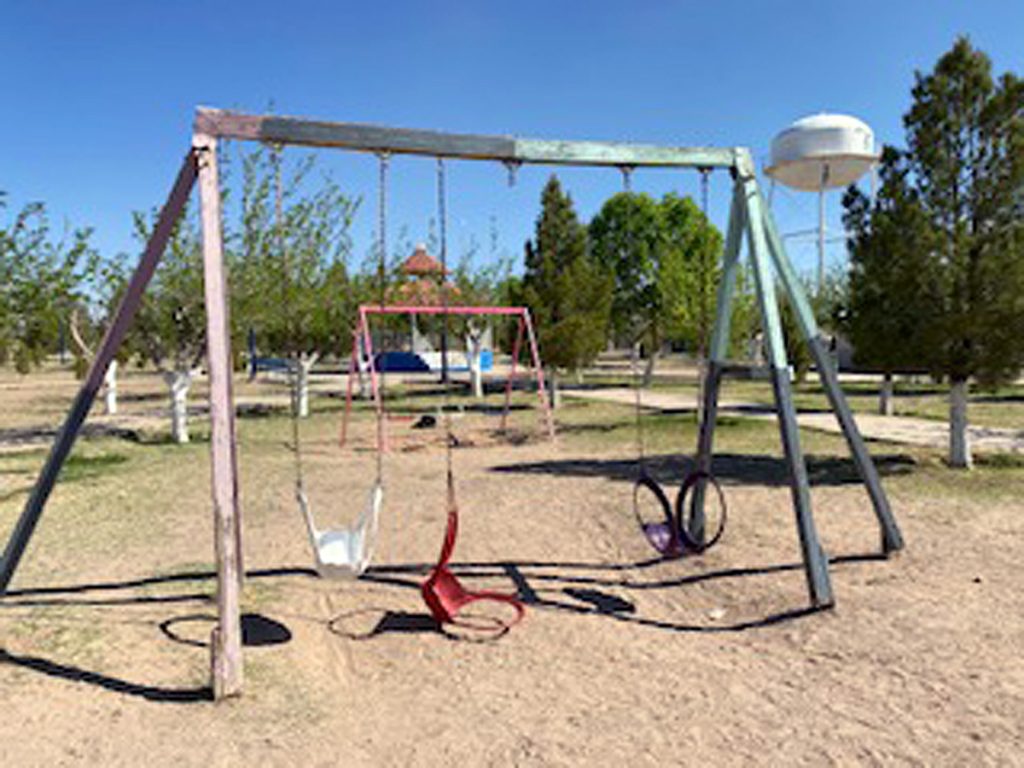 This is the first swing set we built in Palomas in 2009 at the Pancho Villa Park. It looks tired now and should be replaced. It was the first play equipment in a park in Palomas. It gets used so much that the chains wear through and break. This swing set inspired the town government to build many other play structures at this park. 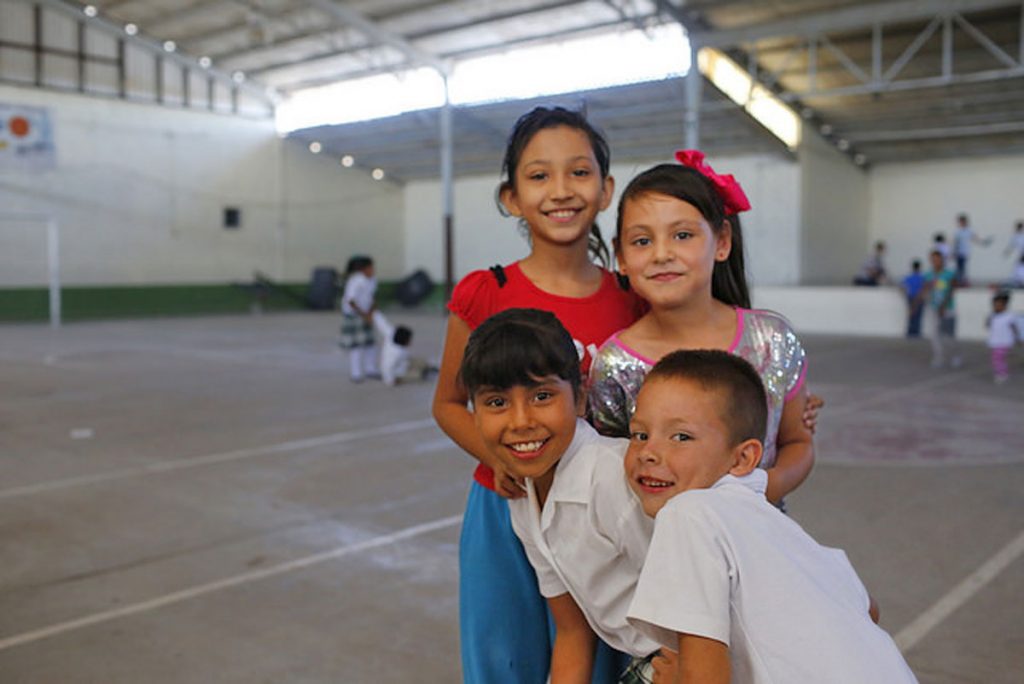 The gymnasium at the Ramon Espinoza Elementary has been open after school hours for the past four years, with a BP staff person to supervise. There are several additions that would make this a better facility. A climbing wall would be fun! Some lower basketball hoops would please the younger crowd and a large fan or two would help everyone in the heat of the summer.

Three other town parks have some equipment but all could use additions like picnic tables, little kids play areas and upkeep. The Kinders could use better play equipment.

These are just ideas and will require input from town and school officials. Over the years, we have built good relationships in town. Our staff will have input too. Which investments would be most beneficial to the people we try to help? Our Board of Directors will weigh in too. And we will need to do some fundraising. But you just may be hearing more about one or more of these ideas in the future.