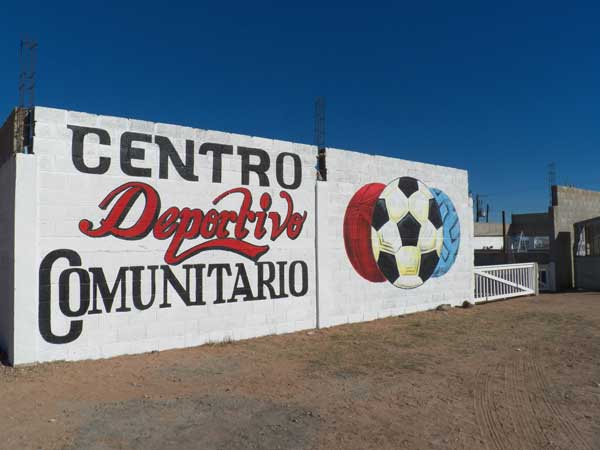 A new sign mural welcomes the community to the Community Sports Center.

Years of planning and months of intense labor culminated on Sunday, December 6 in the Grand Opening of a new recreational facility in Palomas: the Community Sports Center. Border Partners conceived this idea years ago after visiting a stadium for futbol rapido in a Mexican municipality. When Phillip Skinner permitted the use of his building and the Paso del Norte Foundation granted major funding for building  renovation, work began in earnest. Juan Rason and the health promotoras (health promoters) spearheaded the project, with assistance from Peter Edmunds of Border Partners’ U.S. staff. 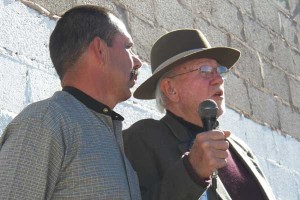 Mexican civil authorities, including the Municipal Mayor and other officials from Ascención, the local regional capital, as well as the local mayor of Puerto Palomas de Villa and his wife all attended the late morning dedication ceremony. These leaders addressed the attendees, expressing their appreciation for the new facility and of Border Partners for its dedicated investment in the area. Peter Edmunds expressed appreciation for the many local residents whose hours of labor completed the project. 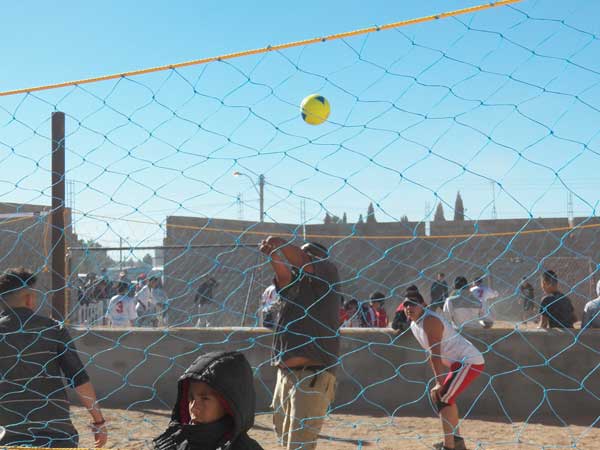 A disc jockey entertained attendees with pop music throughout the day and during the series of exhibition games that followed the ribbon cutting ceremony. Hundreds attended the event, and all were treated to delicious home made beans. 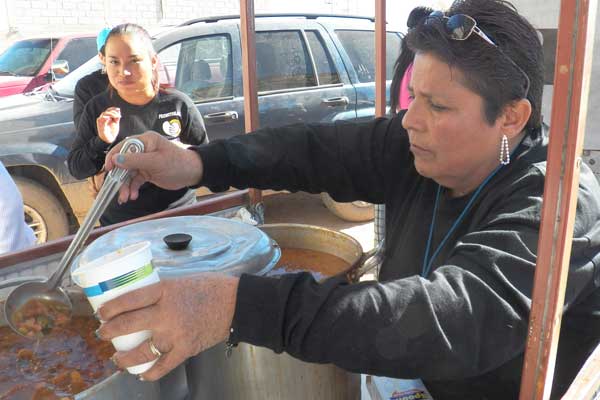 We were amazed and grateful for the tremendous support we received from the community in this project. Hundreds of volunteer hours contributed to the completion of the facility. Significant community investment in and ownership of the sports center is already apparent.

The complex will be used by local soccer leagues and will also be available for free play and casual games. Construction of the sports center allows three simultaneous games: soccer, volleyball and basketball.