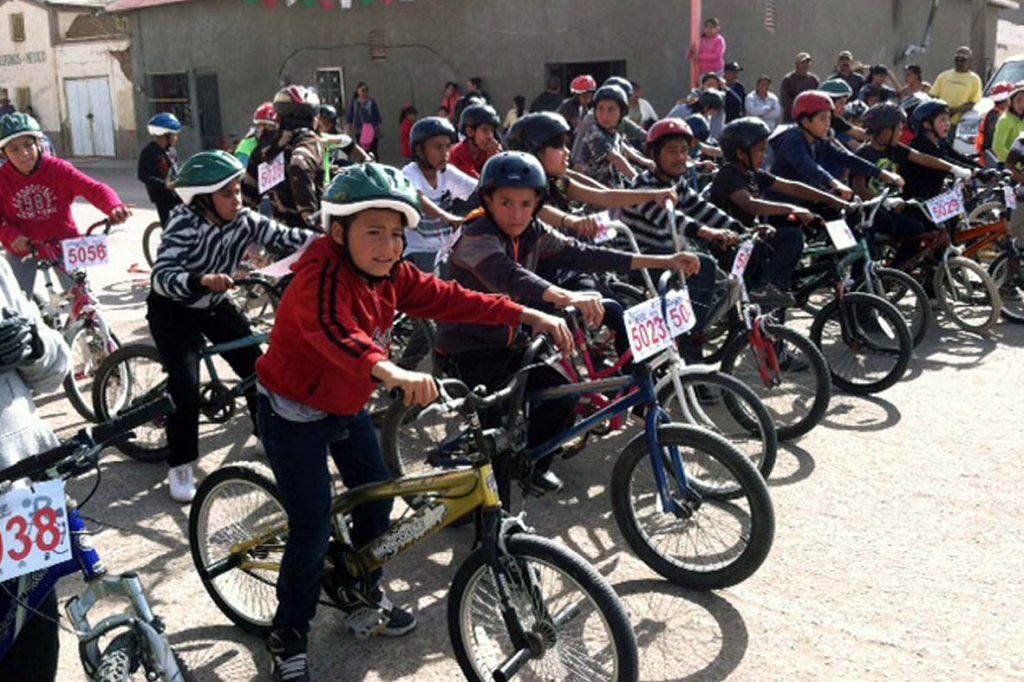 Local children line up, anxiously awaiting the Mayor’s signal to begin their race on February 4.

Palomas awoke on Saturday, February 4 to weather perfect for a biking event: sunny and mild, with no wind. Perfect timing for a 20 mile bike race! The grand event was sponsored by the local governments of Ascensión and Palomas and by Border Partners’ promotoras (local health promoters). The day featured the adult 20 mile bike race. Two shorter bike races–for children and young teens—gave 70 youth their chance to participate.

The adult race began at Entronque, 20 miles south of Palomas at 9:20 AM and finished at the plaza. The children’s route circled several blocks of the village. Government officials gave money prizes to winners with the help of an anonymous donor.

Palomas mayor Ramon Rodriques signaled the start of one childrens’ race. One little girl and bike immediately fell. But the Mayor ran to her and lifted both her and her bike–and off she rode. A couple of village men on bikes led the way to keep the biker competitors on course. 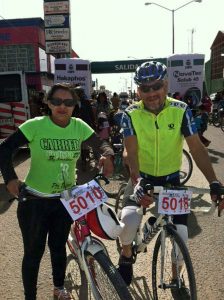 During the younger race Border Partners’ staffer Juana Flores ran after the children to ensure that they stayed on course. Juana appeared to be even more excited than the children. A multitude of village spectators echoed this same mood as they cheered on the racers.

The promotoras served wedges of fresh oranges and bananas for the riders and provided many cups of juice at the finish line.

The 20 mile bike race event day was the best organized event ever in this border village, serving up pure, happy fun for the community participants and spectators. 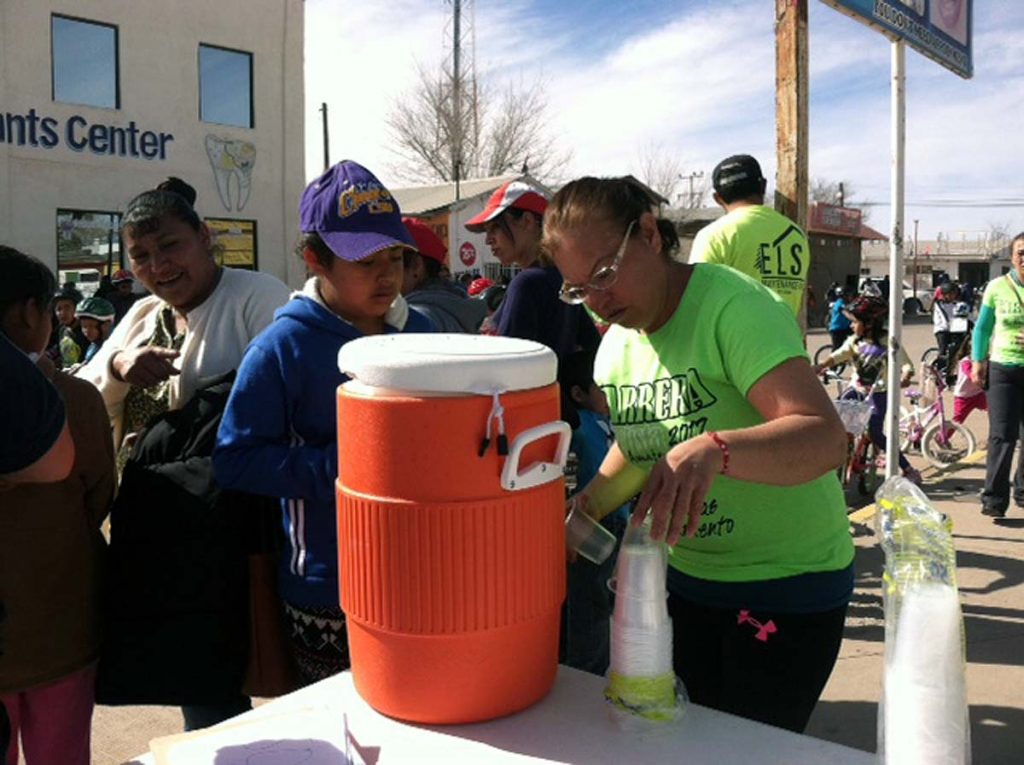