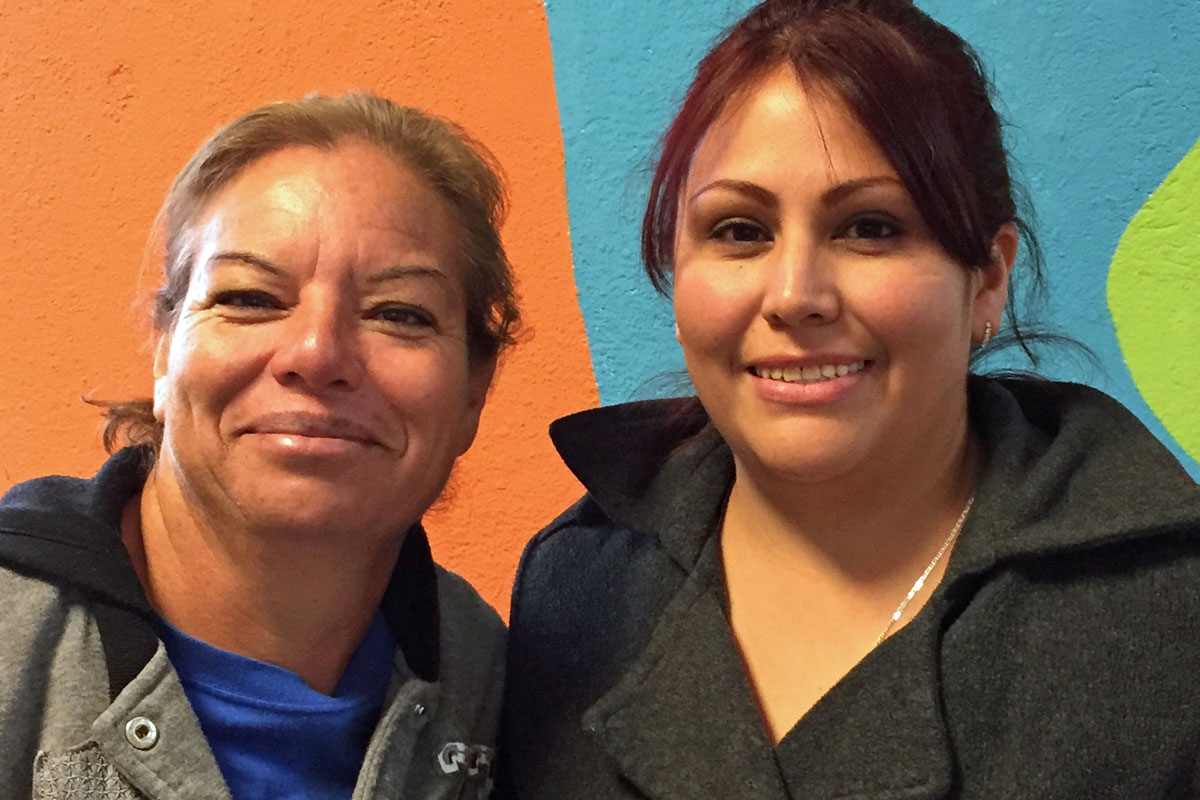 Two of the original health promoters, Juana Flores and Gricelda Loya, reflect on the changes they have seen in the town’s health and in themselves as a result of promotora training and work.

Promotoras (“health promoters or educators,” in English) play a very valuable role in health care promotion in Mexico. Palomas has had an active group of promotoras since 2012 when Border Partners organized a training to start a group.

Five years later, two of the original group, Juana Flores and Gricelda Loya, are health promoter leaders in the current group of five active promoters. We talked with them last week to assess the changes they see in the health of the community — and in themselves — since that first training.

Both women agreed that the health promoters have brought numerous programs  to people in Palomas that were not available to the people prior to 2012. The promotoras offer regular blood pressure and glucose screening, free yoga and exercise classes, healthy sexuality education for adolescents, and nutrition classes for families, pregnant moms, students and seniors. In addition, they organize sports tournaments for all ages at three new community venues made possible with funding from the Paso del Norte Health Foundation.

Since the first training in 2012, they have taken hundreds of hours of training in diverse health-related areas such as:

Gricelda said that she has noticed that in the last year, more people are asking for health classes and are more involved in discussion when they take them. People are asking more questions and wanting more information on the topics. She felt this was a big step forward.

Juana has been teaching an exercise class each weekday morning since Spring 2017. At a recent weigh-in, the group of 25 women had lost an average of two kilos each in three months!

Juana and Gricelda now have two sessions of a class on healthy sexuality for adolescents – the number of students asking for the class has grown so they added another class section. They invited two of the teenagers from that class to attend a recent training on “Six Steps to Health” with the promotoras. Those two teens now want to help the promotoras with nutrition classes for elementary students in Palomas.

When asked how this work has changed them personally, Juana responded, “Well first, I have lost 60 pounds since I began!” She went on the say, “My life has changed 360 degrees. I know so many more people now! Instead of spending all day alone in my house, I’m in the streets of the town all day!”

Griecelda says that she also knows many more people. “We are learning how to work with all types of people and know more about how to help people lead healthy lives.”

They both agreed: “It is a beautiful thing to be able to help your community.”