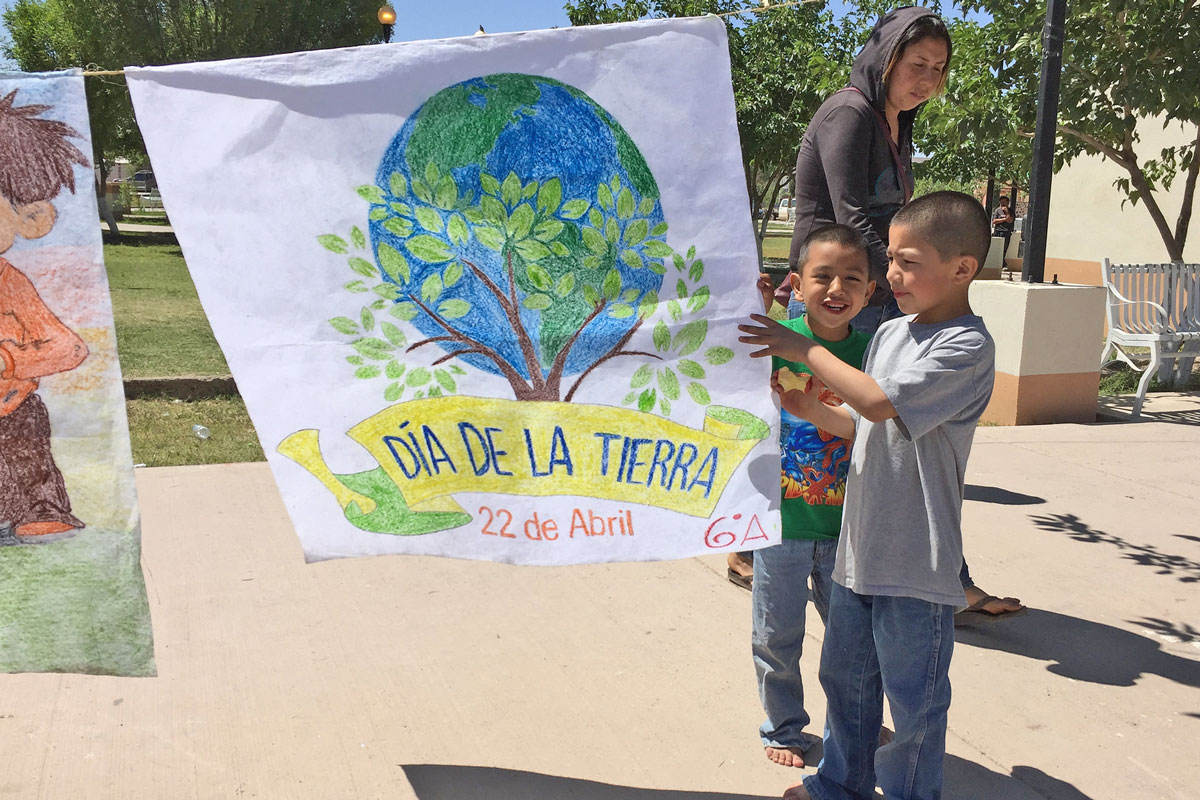 On Saturday April 22 Border Partners’ staff planned, organized and hosted an Earth Day 2017 celebration in Palomas, Mexico. It was a perfect opportunity to show off many local projects that benefit the community and planet earth! 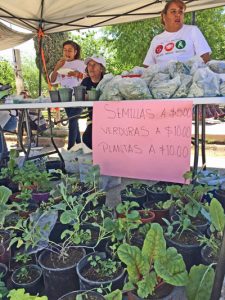 There were activities for the whole family!

Nearby, gardening coordinator Juana Lozoya was selling bags of freshly-picked parsley, celery and chard that were grown in the community greenhouses she oversees.

Kids and adults brought their bicycles to be repaired.

There were also health screenings and haircuts, zumba and games for kids!

Posters made by local school students decorated the area!

In honor of Earth Day, Border Partners’ volunteers converted the golf cart used by staff to visit home gardens to solar power! Juana Flores, who often drives it, reported, “It works better than it ever did!” She was giving rides to demonstrate.

Students from two Palomas high schools used the event as an opportunity to showcase solar appliances they made with help from Border Partners staff using recycled materials. These included two solar box cookers, a water purifier and a solar water heater. 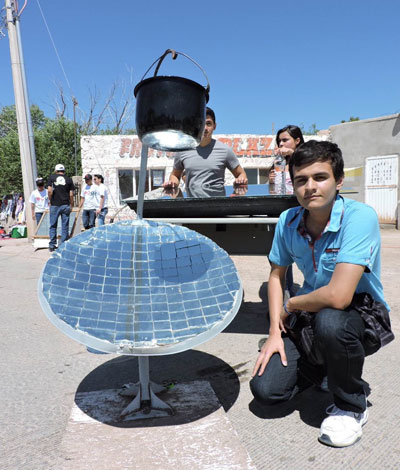 Daniel Maya demonstrated his prototype of a parabolic solar cooker during the Earth Day event.

Students from the prepatoria (high school) were demonstrating a parabolic solar cooker made from an old satellite dish and lined with glass pieces. Project leader, Daniel Maya said, “You can cook a pot of beans in about two hours and you save two hours of gas.” Maya said that the model on display was a prototype and they plan to make a larger version to be used at the school.

The event drew a steady crowd. People from both sides of the border enjoyed the music, ate healthful food and admired colorful, locally-made craft items. Many items were made with recycled materials: soda pop pull-tabs crocheted together became colorful handbags and old jeans were transformed into aprons.  It was a fun and educational day for all!

Enjoy the colors and the activity of the day in our Flickr album: