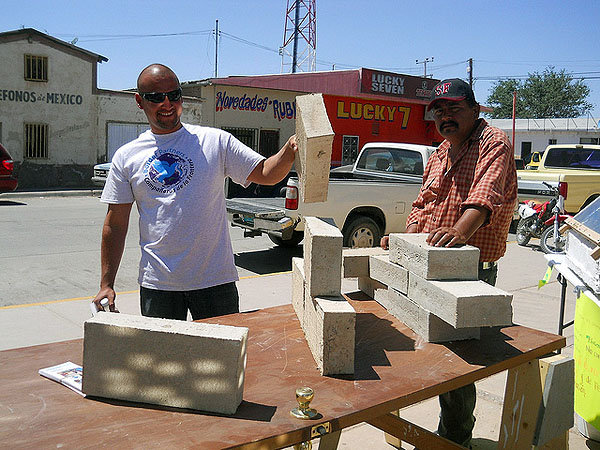 Last Monday was Earth Day around the world and, for the first time, it was celebrated in Palomas. It was organized in conjunction with several groups in Columbus, NM just across the border and so became a Binational Earth Day Celebration. 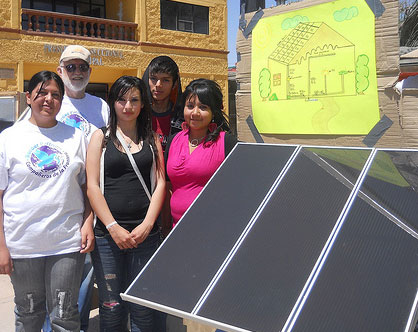 Border Partners volunteer Don Farber and secondaria students who assembled photo voltaic electric panels and used them to power a light bulb proudly displayed their products and explained them to the public.

For the past six weeks, Border Partners has been sponsoring a  workshop  about sustainable technology with the seniors from the Palomas high school.  About 15 students have built a solar water heater, two types of solar cookers, and a photo voltaic electric system.  The completion of the projects coincided with Earth Day.

The Mayor gave us the use of the plaza outside his office for our event. It became a showcase for all of  Border Partners projects.  The student projects were setup on the plaza, and they were there to explain how they worked to anyone who stopped.

Eric Laborin Quezada, who is working with Border Partners to start a business selling papercrete blocks made from recycled paper, was there to promote the advantages of papercrete blocks and insulation panels. 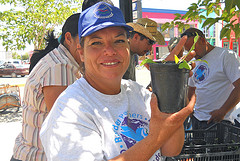 The Promotoras (health educators) sponsored by Border Partners, welcomed a continual stream of people who wanted their blood pressure and  blood sugar checked.

This was the first time that all Border Partners’ projects were on display to the public in one place.  There’s already talk of a fall harvest festival. Lots of local citizens got a chance to see what Border Partners is doing in the community.