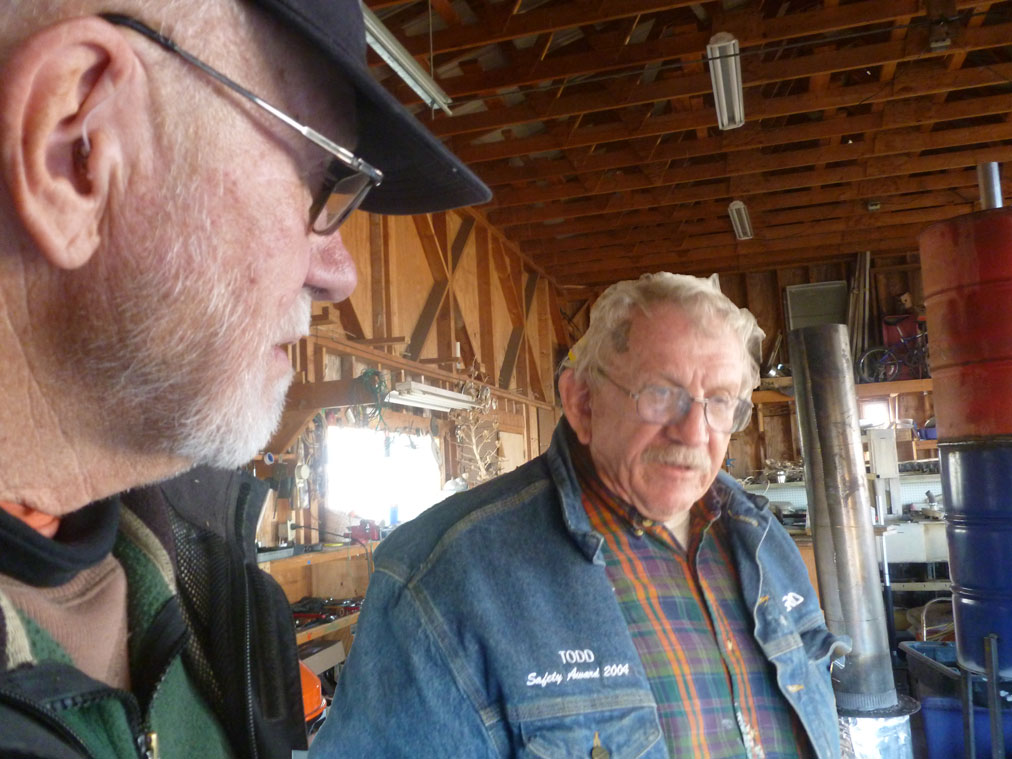 Bill Knauss (right) discusses concern regarding climate change and the hopeful impact of biochar on the planet with Peter Edmunds, co-founder of Border Partners. (file photo)

For thousands of years, farmers have known that charcoal improved their crop’s productivity. Now people across the globe are discovering that this same product — renamed “biochar” — may hold answers to our climate crisis.

Since 2014, Border Partners (BP) has manufactured biochar from pecan shells. We use special stoves for this process that also provide heat for chilly Palomas homes in the winter months. Our gardens benefit from biochar as a soil amendment. Biochar improves the soil’s ability to absorb and retain both water and nutrients from compost and from fertilizer.

Our special biochar stoves, designed by Bill Knauss and built by Adrian Acuna–two border locals, will heat 13 family homes in Palomas. Residents of homes with biochar stoves don’t need to purchase propane or wood as a fuel source. Pecan shells heat their homes economically, improving the homeowners’ financial situation. These shells are a plentiful local byproduct from the area’s pecan orchards.

Border Partners loans the biochar stoves to homeowners who agree to use them according to our instructions. The homeowners also agree to work two hours per week helping BP staff with stove maintenance work. These tasks include:

The stoves improve their home environments by acting as furnaces. They help family finances by eliminating the need to purchase fuel. In addition, the positive impact of these stoves on our changing climate is significant for both climate improvement and crop production. 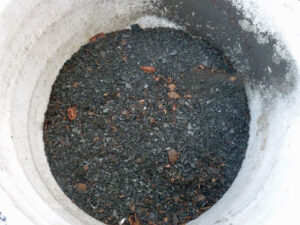 Our biochar, an unassuming looking product, has an impressive global impact when it’s used as a soil amendment.

The increased production in our gardens as a result of adding biochar is also measurable. It varies between 25 and 35% improvement in production. This is not only a magnificent increase in annual crop production. It also creates significant change because it’s a permanent soil improvement.

Border Partners gardens and greenhouses can use about three tons of biochar per year. Some of the biochar we produce will go to the university in Juarez to extend their research. We’ll give the remainder to local farmers to permanently improve the productivity of their fields.

Eventually, we’ll sell our “carbon credits” on one of the carbon exchange markets. With the income from that sale, we can purchase and install more special biochar stoves in Palomas.

The biochar stove project makes a significant impact on the growing capacity of the local farms and gardens. It helps families warm their homes at low cost and without using non-renewable resources. In addition, Border Partners is doing its part to mitigate the effects of climate change on the planet. We’re working to improve lives on a global level by helping locally in Palomas. 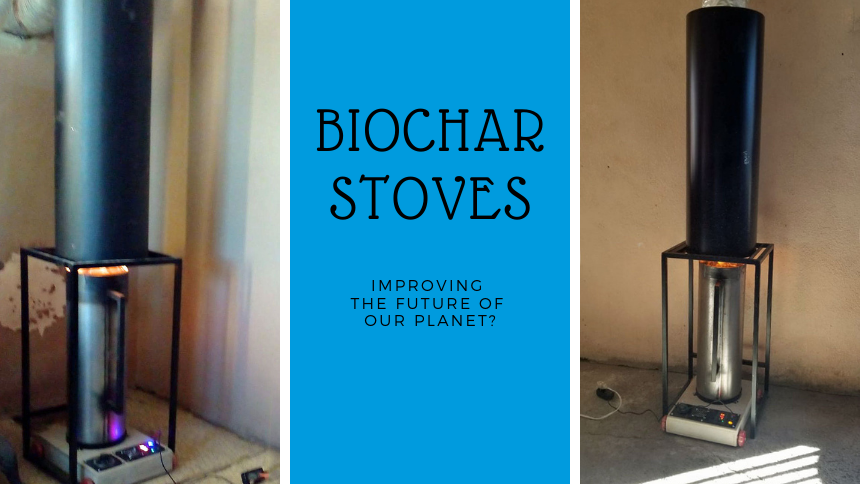 Border Partners has been involved in the development of a new kind of heater for homes. It burns pecan shells and, in addition to heat, produces an additive for gardens called biochar. Despite the fact that Palomas is located in an area that many people think is always warm, it is common there at night, for the temperature to dip into the teens. Many people in Palomas live in poorly insulated, cement block houses and don’t have adequate heating units. Because of this, Peter Edmunds from Border Partners, joined an effort several years ago. The project, led by by Bill Knaus and Jamie Thomson from Silver City, set out develop a stove that could heat homes for a reasonable cost. But it did more than that. It also produced biochar, a carbon byproduct very useful to enrich our garden soils.

Four of these stoves have been used by our staff and others in their homes since 2016. They’ve received good results. The stoves heat well and, in addition, produce biochar from the pecan shells they burn. Over the years, designers made some improvements to the original design. They fixed issues and glitches they discovered. Flash forward to now: in the last few weeks, we’ve installed ten more stoves with a new and improved design in additional Palomas homes.

Each stove produces upwards of a ton of biochar each year. As a result, Border Partners has a plentiful supply to mix into the compost we apply to all of our gardens in Palomas.

Using some form of charcoal additive has proven advantageous to farmers for centuries. This biochar stove is a modern adaptation of proven agricultural methods. It uses a plentiful resource in this region — pecan shells.

Another promising aspect of these stoves is that they will play a role in mitigating climate change. Each pound of biochar produced, permanently sequesters four pounds of carbon dioxide into the soil. It takes carbon dioxide that would have been released into the air and locks it into the soil.

Ten more stoves have just been installed. There are now a total of 13 stoves in Palomas which will together make 13 tons of biochar per year for a total yield of 52 tons of carbon dioxide sequestered from being released into the air. Those13 little stoves are making a  big impact.