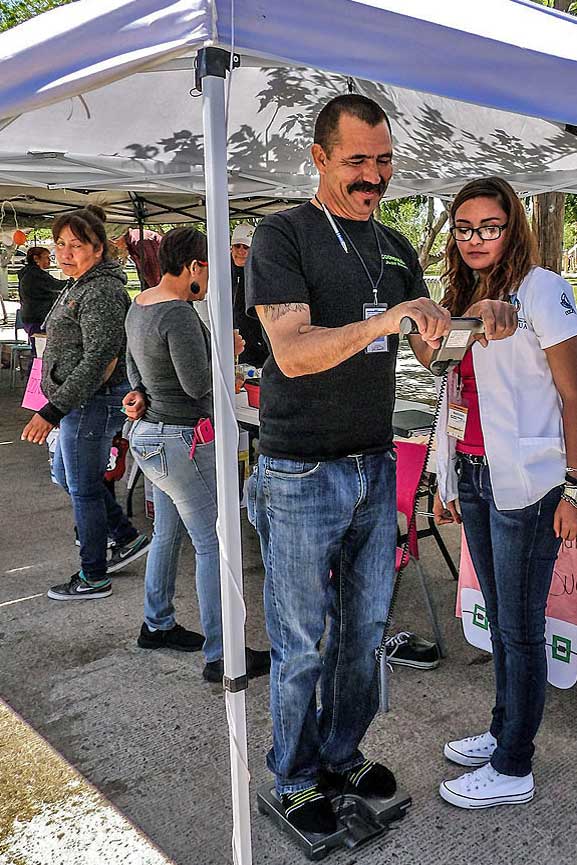 Border Partners marks its tenth anniversary this month by carrying on business as usual–quietly supporting positive progress on the U.S.-Mexico border. When negative publicity surrounds media treatment of the border, in some ways we’ve created an alternative, positive reality.

Engagement of US supporters, individual and corporate, has allowed the residents of Puerto Palomas to determine their path forward to a better life right where they are. Not only do the people of Palomas choose the path by determining the activities, they do most of the project implementation, as well.

The Deming Headlight marked our anniversary with an article reflecting this new reality that Border Partners has ushered in over the last ten years:

DEMING – Sometimes we see people in need but have no idea what to do. Ten years ago, Polly and Peter Edmunds of Deming saw their neighbors struggling across the border in Palomas, Mexico, and they stepped in to help. This month, Border Partners, the non-profit foundation they established in 2008, is marking its 10th anniversary.

Taking action was natural for the Edmunds. Originally from Minnesota, the couple had retired to Deming in 2005 after spending decades promoting civil rights and helping those less fortunate.

“We saw a need for people to have jobs so they could buy better food,” Peter Edmunds said, “As we spent more time in Palomas and got to know people in the community, we realized how many health problems there were and how stark the situation was in the schools.”

In 2010, Border Partners received 501(c)(3) non-profit status. Each year since then, a variety of projects selected by Palomas residents has been completed. The projects focus on the areas of education, health, economic development and sustainable technologies.