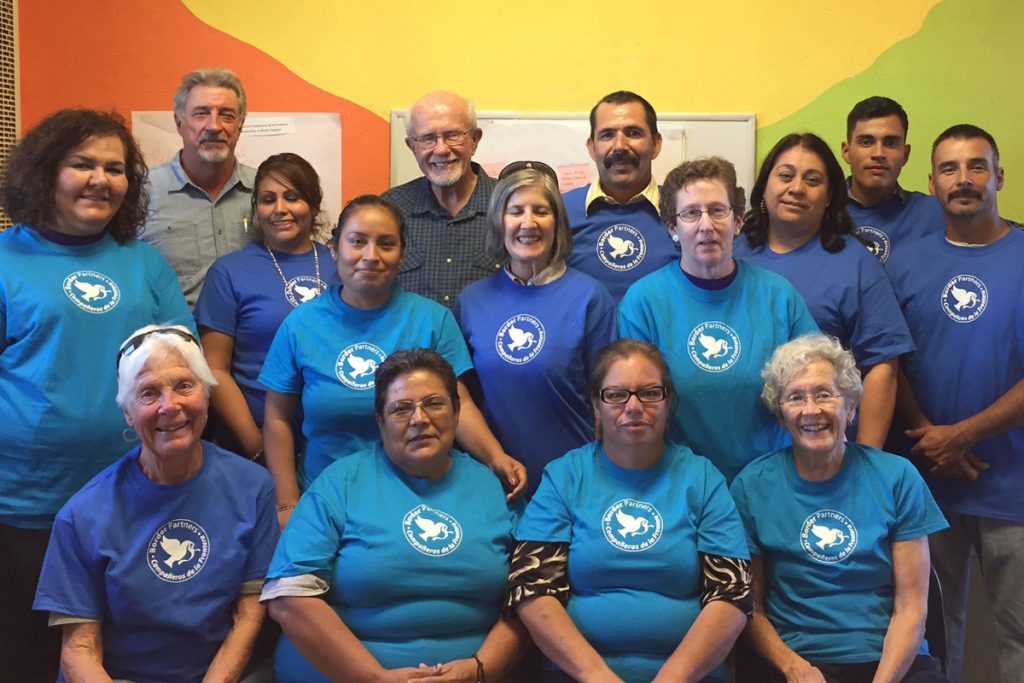 Members of the Border Partners Board of Directors and Staff Members conducted a day-long meeting to formulate a strategic plan for the organization’s future.

Border Partners will remember October 26, 2016 as a momentous day in our history! Six members of the board of directors spent the entire day meeting with staff to begin forging a strategic plan. Our goal: to transfer more responsibility and authority to the Mexican people who’re so important to the organization. This day took us one important step closer to our goal of ensuring the continuation and sustainability of Border Partners into the future.

From the beginning, it’s always been our goal that Mexicans would eventually manage as much of the project as possible. Indeed, the Mexicans have gradually taken more leadership in planning and implementation of projects. But, until now, there was no formal plan in place to guide this transfer. And in certain areas, like finance, the Mexican leaders in Border Partners haven’t participated to the same extent.

During the following hour, the group gradually realized how united we all are in our hopes for the future. We participated in an exercise to determine our individual and then group feelings about the organization’s strengths and weaknesses and then identified external opportunities and barriers.

“It was gratifying to see that almost everyone in the group listed something related to our being a “strong, dedicated team” as what they felt was Border Partners greatest strength,” said Polly Edmunds after the meeting.

There was more breadth and variety in the other areas. Here are some of the highlights:

Participants agreed that it is time for the team in Palomas to apply for nonprofit status so that they can raise money in Mexico. They formed a committee to investigate how to do this. Another committee will investigate establishing a new financial tracking system which will involve input from people on both sides of the border.

After a long day, everyone agreed that we had made a substantial start on a ”roadmap to the future” for Border Partners. Reflecting on the day, Palomas leader Juana Flores stated gratefully:

Thank you for the meeting and for your efforts day after day to stand up and fight for the people of Palomas.”