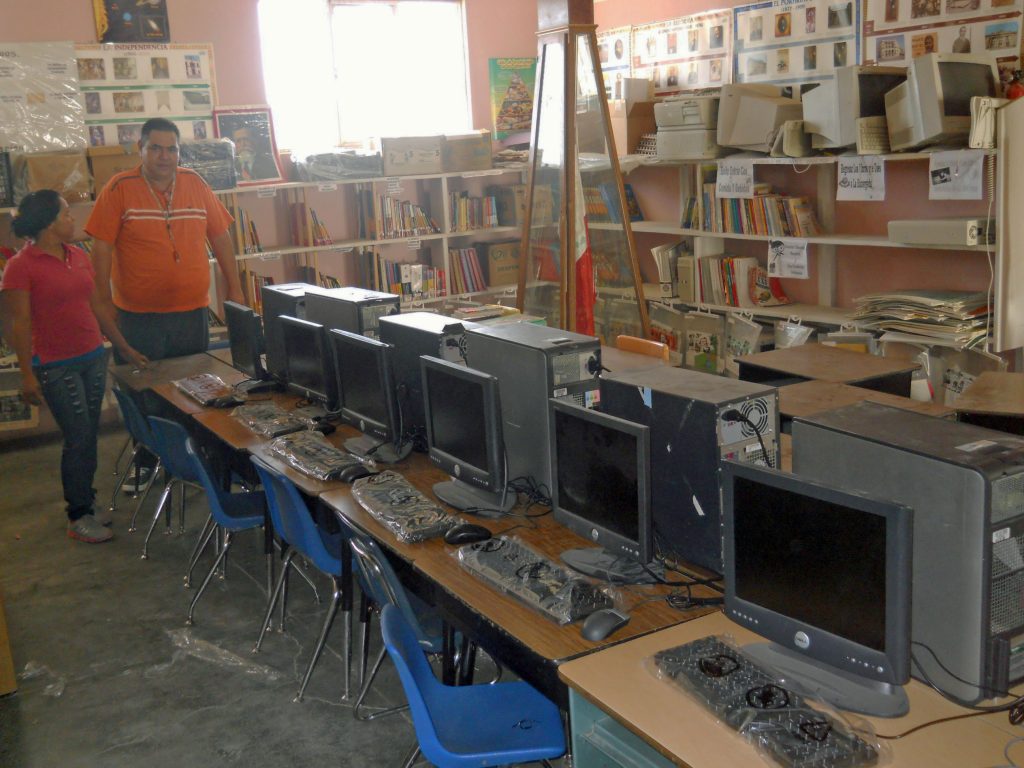 This new computer center Border Partners facilitated will give Palomas elementary students access to modern computers for the first time.

Border Partners is providing and installing twelve computers at the Ramon Espinoza (morning) and Ignacio Zaragoza (afternoon) school building in Palomas.  With this new technology equipment, the schools will create a computer center that both institutions will share.  This brand new computer center complements our work of donating and installing computers for education at the third primary school in Palomas, Ford School.

This will be the first time students at any of the elementary schools in Palomas have had access to up-to-date computers.

The computers for the new computer center were donated by UNICOR, a U.S. Government corporation established by Congress in 1934. UNICOR employs and provides job skills training to inmates confined within the Federal Bureau of Prisons. One of their operations is to refurbish used computers.