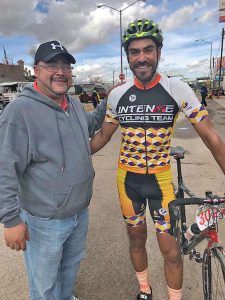 A favorite event for the village of Palomas, the second annual bike race–the Carrera Villista–drew bike teams from Juarez, Ascención and Nuevo Casas Grandes to join local Palomas residents in competition on Sunday, February 18. Border Partners’ promotoras supported both the civic event and the health of all competitors by distributing fruit and drinks supplied by Border Partners.

The town’s streets were lined with smiling well wishers who observed and rooted for their favorites. Border Partners promotoras provided fruit and drinks to the racers both along the 35K and 70K route between Entronque and Palomas and at the finish. Thirty-three racers participated in the 70 km race that routed from Palomas to Entronque and returned. Twenty-eight cyclists, including a woman from far away Denver, Colorado, competed in the 33 km race that started at Entronque and finished in Palomas. Border Partners’ Juana Flores distributed fruit and drinks midway between Entronque and Palomas. 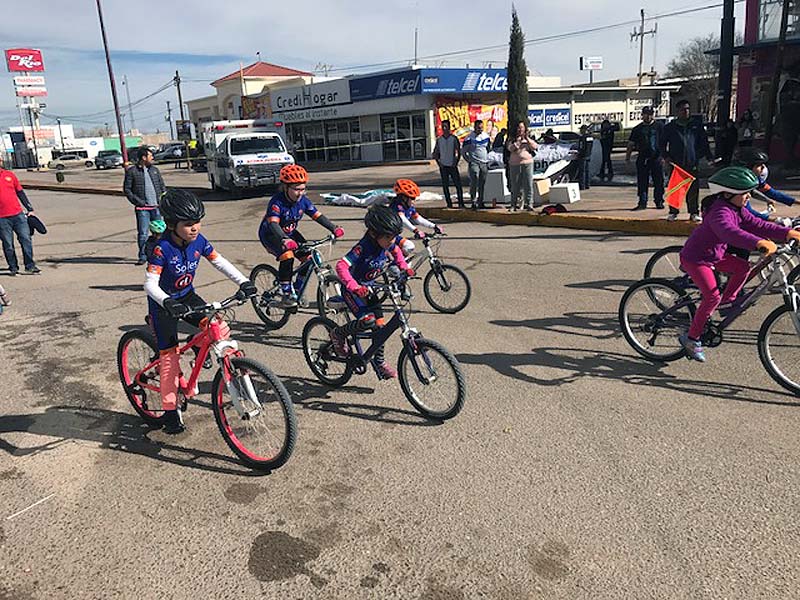 And they’re off! Children pump hard as they race to the edge of town and back to the center of Palomas.

In addition to the two adult races, there was also a children’s bike race that featured twenty-five participants, including a group from Juarez. The children started at the government plaza in downtown Palomas, rode to end of village and returned to center. Two toddlers on striders ran along behind the older children: Sebastian Peres, a 2-year-old from Club Soles of Juarez, and Itzael Aguirre, 3 yrs old. 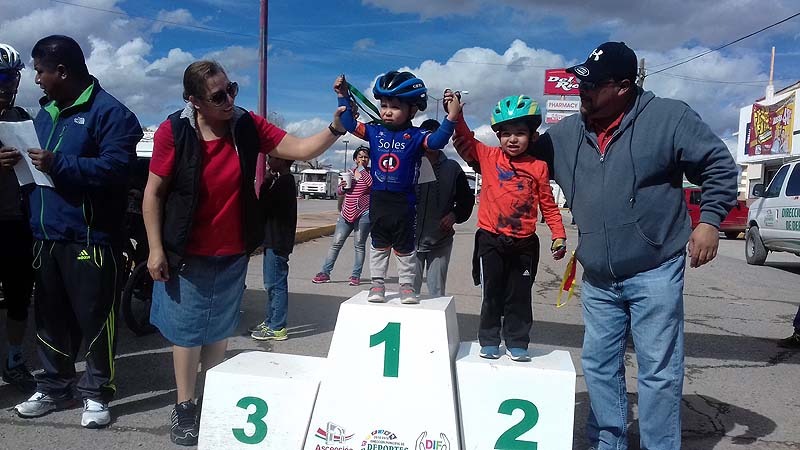