Puerto Palomas is a well positioned town. As a port-of-entry community, it hugs the US. To the casual visitor, some of its poverty is apparent. But some poverty is hidden. Modern sanitation, for instance, is taken for granted across the border line in the US. But modern sanitation is not a given in Palomas. I realized the depth of the issue in a new way on a recent visit to Border Partners’ operations. 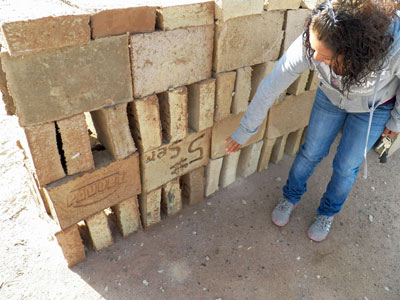 Border Partners’ Palomas promoter Marisol Guillen led me to an impressively tall pile of carefully positioned, handmade papercrete blocks. Constructing them was, she told me, a Border Partners project in which she’d recently participated. The blocks were destined to add a room on a home—a bathroom.

But this was not your ordinary fixer-upper project, I quickly learned. Border Partners was helping an elderly woman, suffering with acute diabetes, who had only an outhouse for sanitation facilities.

So, in this instance, in December—gateway month to the coldest temperatures of the year–an elderly woman was forced to leave her home, hastening her way across the stone-strewn property, to use an outhouse. This could happen several times during the night—and in urgency.

I wish this story had a happy ending. But, in the few weeks that passed since my December visit, that elderly woman died. 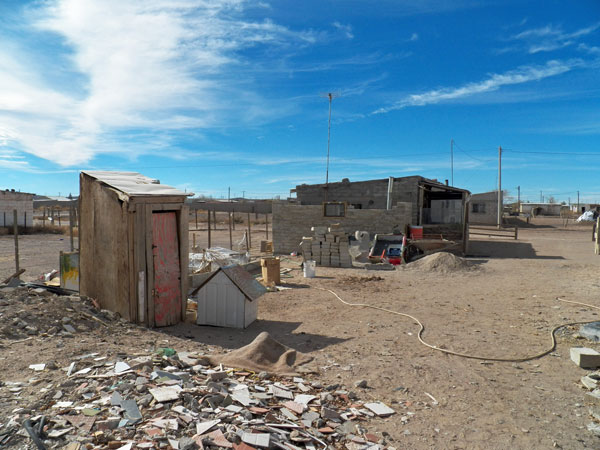 A humble Palomas home (background) has only an outhouse (foreground) for sanitation.

Nevertheless, the blocks are ready to help someone else. And there are workers eager for a job who can install an indoor bathroom for another poor, elderly person in Palomas. Your contributions to Border Partners empower works of mercy that assist forgotten and vulnerable people.

Border Partners appreciates you–the supporter–as a force for good, helping the weak, the widowed, the destitute, in the most practical possible ways.